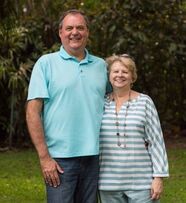 Senior Pastor Roger Ball and his wife Laura
​As Senior Pastor of Freedom Church for many years, Roger has seen his share of church members who have struggled with addiction. His passion for addressing the epidemic of addiction lead him to take on the additional responsibility of becoming a director of a treatment center here in Florida. Pastor Roger developed the Freedom Journey program 11 years ago a result of a young man standing before a judge who was in need of a recovery program. The Freedom Journey program has grown to include the Dynamic Life Recovery Community. Pastor Roger also was instrumental in starting the Celebrate Recovery ministry at Freedom Church which is a component of the Freedom Journey Program.
​Pastor Roger is married to his wife Laura and they have two children.

Manager Jason Honeycutt and his wife Adrianna
​Jason had a long road to recovery like most guys in our program. After years of addiction to drugs and alcohol, he struggled to cope with anxiety, depression and loneliness.  ​He became ashamed of the person he had become and after loosing everything came to a treatment center in Florida. Jason then joined the Freedom Journey Recovery Program and became a resident at Dynamic Life Recovery Community. On January 11th, 2018 he  made a decision to become sober and is now married to his wife Adrianna and has become the Manager of our facility. 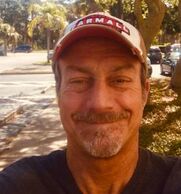 Asst. Manager Heath Bussey
​Heath comes to us with a lot of experience in recovery. After many years clean and sober, Heath thought he could once again handle alcohol. That decision lead him down many wrong paths which lead him to remember the true joy and freedom he once had in sobriety. After Heath
completed a treatment program here in Florida, he joined the Freedom Journey Recovery program became a resident at Dynamic Life Recovery Community. He has his life back and is even more grounded in his recovery with two years of sobriety. As assistant manager, Heath takes
​the new guys under his wing and shares the joy of sobriety. 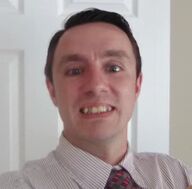 Asst. Manager "Nech" Davis
​Michael, "Nech" as he is known on campus, had a hard journey of addiction no different than many of the residents at our facility. His addictions to drugs and alcohol made him unrecognizable to his friends and family. However, God had a plan for him and by God's grace Michael joined the Freedom Journey Recovery Program and moved into Dynamic Life Recovery Community. Having turned his life around using the tools he learned on his recovery and spiritual journey, Michael now has three years of sobriety and became assistant manager sharing his experience strength and hope with others.
Support Us